What is a CAN Bus System?

The acronym CAN stands for Controller Area Network. CANs are used to establish communication between microcontrollers in a network or bus. CANs are comparable to Ethernet or LANs which provide a standard method for computer-to-computer communication.

A CAN offers a simplified method of providing electronic controls over the systems that had been used previously. Implementing a CAN bus enables auto manufacturers to make a substantial reduction in the amount of wiring in each automobile. 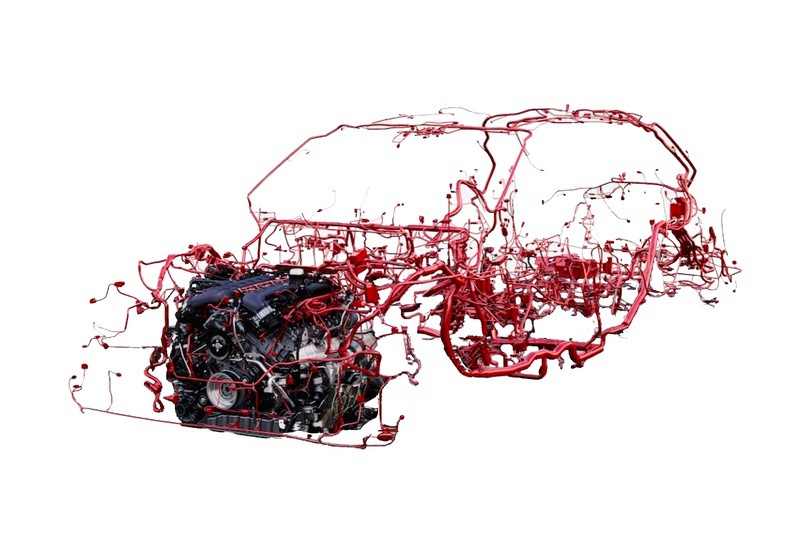 The main line called the “backbone" forms the foundation of a CAN bus system. The backbone connects all microcontrollers in a vehicle and provides information to a centralized primary controller responsible for monitoring all electronic systems. This configuration simplifies identifying potential faults and investigating and resolving an error without querying multiple subsystems placed throughout an automobile. 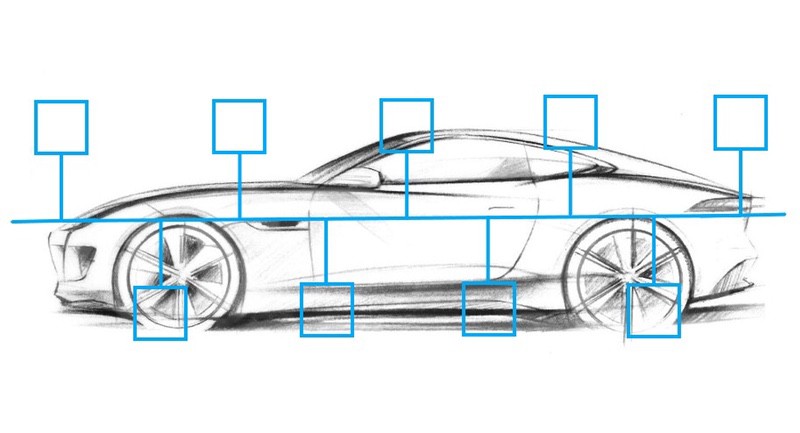 A CAN bus system minimizes possible failure points and consolidates communication by sending data over a single line. It eliminates any concerns over multiple connection failures causing problems that are hard to identify. The enhanced redundancy of a CAN bus improves reliability by allowing the main system to remain operational even if subsystems fail. This redundancy was impossible to implement with discrete controllers.

Remote vehicle diagnostics
Now you can get an insight into the vehicle’s state and identify the problem while miles away from the car. Connect to car diagnostics tools over the internet with FlexiHub.
Learn more

How Does a CAN Bus Work

A CAN bus line is constructed using a twisted pair of wires that have a 120 ohms terminating resistor on each end. One wire is designated as CAN High with the other named CAN low. All devices connected to the bus are known as electronic control units (ECUs) or nodes.

ECUs can play a variety of roles in an automotive CAN bus system. Nodes can serve as control units for the engine, headlights, air conditioner, airbags, and other systems necessary for the vehicle’s operation. Modern autos may have up to 70 ECUs that need to transmit and share data with other nodes.

The embedded microcontroller processes data and performs tasks such as turning on a light inside the car or lowering a window. Microcontrollers can control the flow of information to the dashboard in response to a message generated by the CAN controller. 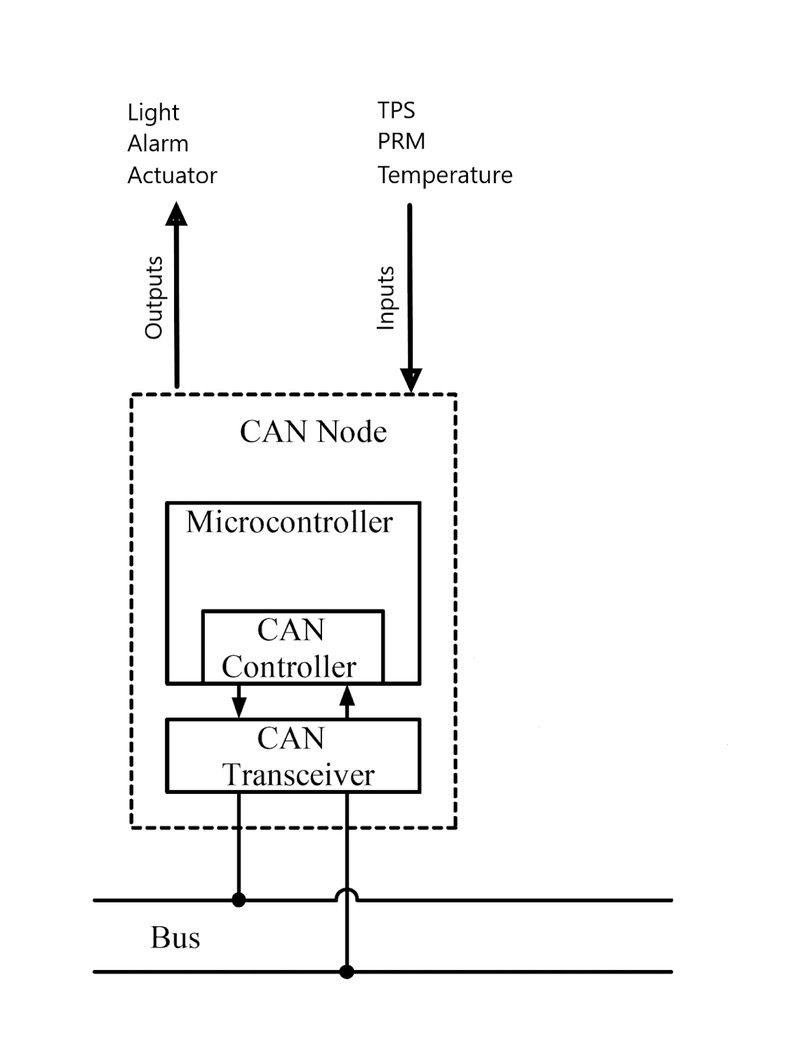 What is Can Bus wiring?

These two diagrams illustrate how nodes communicate with each other and exchange data with and without the CAN protocol and CAN bus system. 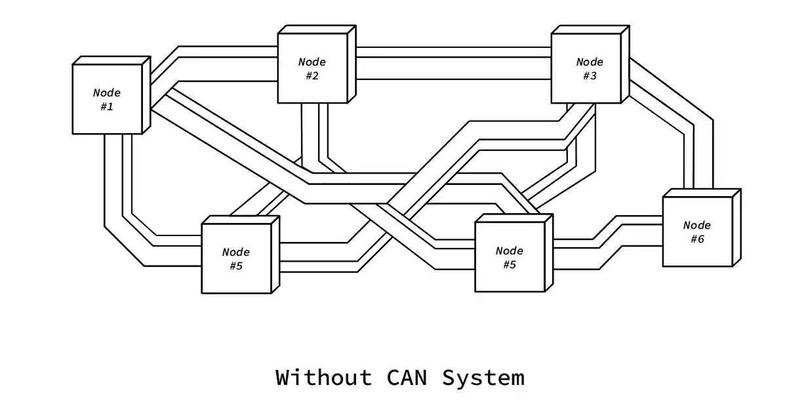 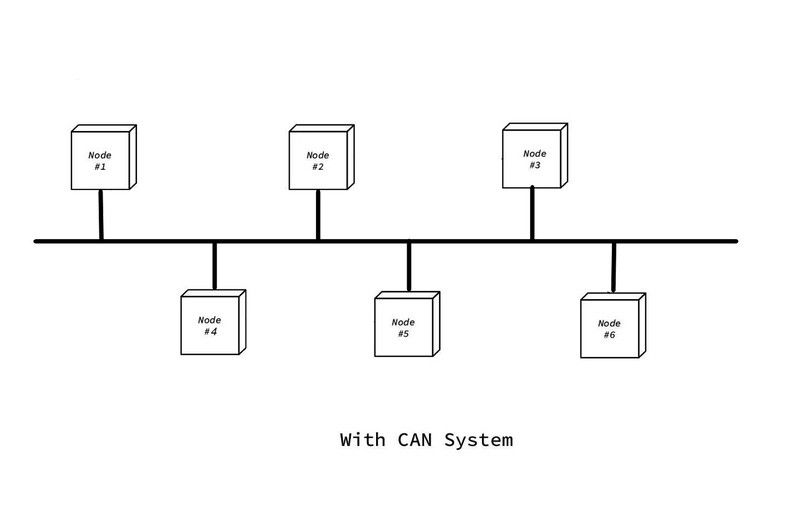 When using the CAN bus, a single ECU can transmit data to all other ECUs connected to the system. Those ECUs can review the information and choose to receive or ignore it.

The physical layer of a CAN bus is comprised of cables, cable impedance, electrical signal levels, node requirements, and other items required for the network’s operation.

ISO 11898-2 describes the specifications for items in the physical layer like cable length, cable termination, and baud rate. Following are some examples of these specifications. 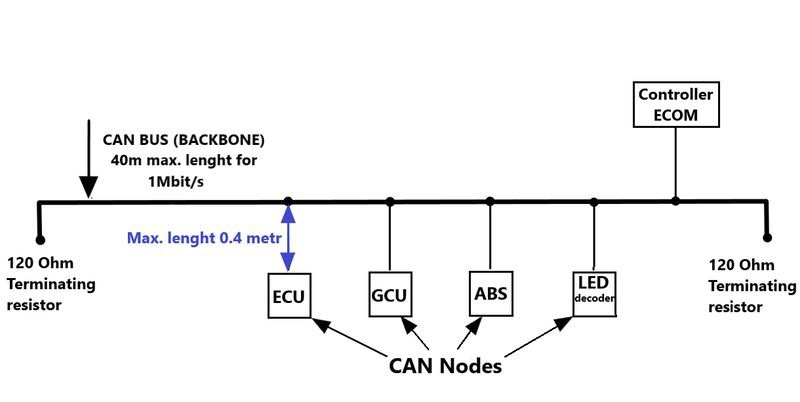 Several different types of networks can be implemented with a CAN bus.

🔹 Slow speed CAN bus is also called a fault-tolerant CAN.

🔹 Each node has a CAN termination

🔹 Simple calling is a feature of a high-speed CAN bus

🔹 The high-speed CAN bus forms the foundation of higher-layer protocols like CANopen, j1939, and OBD2

🔹 Less expensive nodes are used in a LIN bus

🔹 The network provides functionality for door locks and air conditioning

🔹 CAN FDs are deployed in high-performance vehicles

🔹 The automotive industry is adopting this network and it will be implemented in modern cars and trucks.

What is a CAN bus in a Car?

Implementing CAN bus technology enables automobile manufacturers to deploy On-Board Diagnostics protocols. These protocols offer standardized problem codes that mechanics can easily interpret for problem resolution. Data ports in the CAN bus are used to introduce software updates to onboard systems and computers.

Some popular protocols used to provide advanced automotive features include:

🔹 CAN FD extends the original CAN data link layer and enables an increased payload from 8 to 64 bytes. It can also provide higher bit rates based on the CAN transceiver employed

The Future of CAN Bus

The CAN bus protocol will remain important in the coming years. However, the following major trends will directly influence it:

🔹 The growing use of autonomous vehicles/self-driving cars

🔹 Increasing integration of the Internet of Things (IoT) and connected vehicles

It’s also worth noting that the improvement of vehicle-to-network (V2N) technology and cloud computing is predicted to cause telematics to grow rapidly. This growth also includes IoT devices such as CAN IoT recorders.