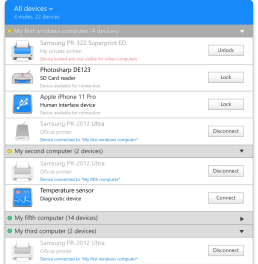 IoT Device Control with the Help of FlexiHub

FlexiHub is a software tool that provides the capability to control remote Internet of Things (IoT) devices and systems. This IoT remote control solution enables users to access IoT equipment in the environment by establishing connectivity to COM and USB ports and any attached devices.

FlexiHub can serve as an important component of a remote IoT control system. An efficient passthrough method is a necessary part of a robust IoT environment. Specialized software is required to establish secure remote control over IoT devices.

FlexiHub is designed to address these needs and provide fast, reliable, and secure network connectivity to USB and serial devices. The software enables users to redirect USB and COM device traffic using a few clicks without the need for additional hardware or extensive configuration.

FlexiHub supports the UDP communication protocol, allowing it to access devices that have no public IP address or that are behind a NAT. The tool provides advanced compression that addresses the needs of latency-sensitive devices and conserves bandwidth.

Security is enforced with 2048-bit SSL encryption, ensuring the privacy of all data flowing through the IoT system. Other features include auto-connect capabilities, data loss prevention, and the availability of a private redirection server.

How does FlexiHub work in IoT environments?

FlexiHub provides remote control of IoT devices no matter where they are physically located. The software enables you to access and exercise remote control over IoT devices to perform diagnostics, minimize downtime, and ensure optimal system performance.

FlexiHub enables users to remote control IoT systems over the Internet from a computer or mobile device. It’s a cross-platform solution that is compatible with Windows, Mac, Linux, and Android systems.

An example of FlexiHub in action is in reading data generated from a remote vehicle’s onboard diagnostic (OBD) system. In this way, FlexiHub can be part of a remote IoT control system for autonomous vehicles.

Setting up remote control of IoT devices with FlexiHub

Based on your subscription type, you can monitor and control IoT devices with no limit. You can also integrate FlexiHub’s connectivity technology into your products by contacting our sales team. 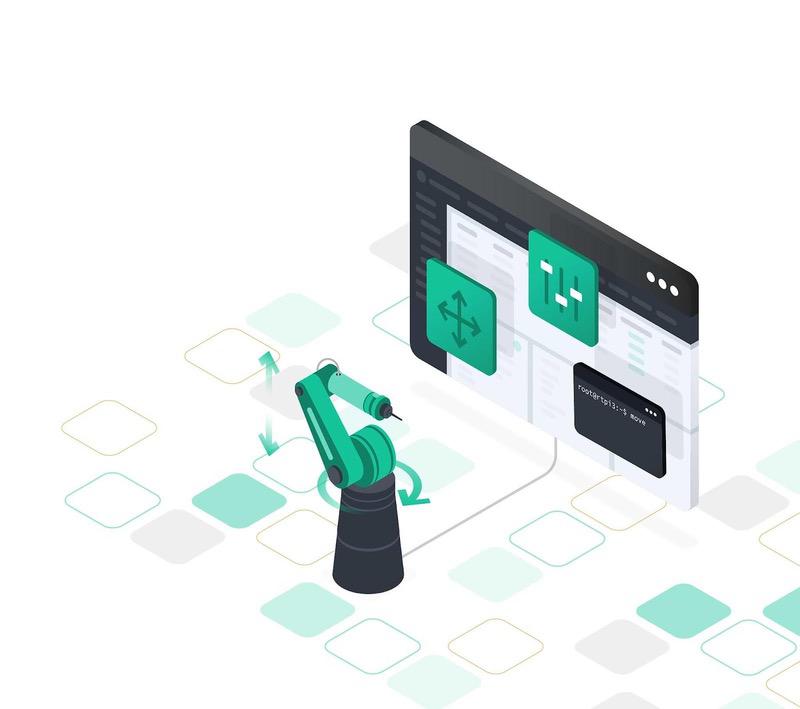 How to implement remote IoT control

All devices in an IoT environment need to be accessible after they are deployed. In addition to exercising IoT remote control of devices, the equipment may need firmware updates or generate data that needs to be collected.

Linux is the operating system used in a majority of embedded IoT devices. The devices can be accessed remotely using a variety of connectivity methods including:


Connecting to your IoT devices manually with these protocols can be difficult. FlexiHub streamlines your ability to remote control IoT devices with a simple and flexible software tool.

IoT devices communicate in a wide variety of ways that can involve hundreds of different communication protocols. The method of communication varies based on where the IoT equipment is located, the type of device, the kind of data they are transmitting, and the kinds of systems with which they need to share information. 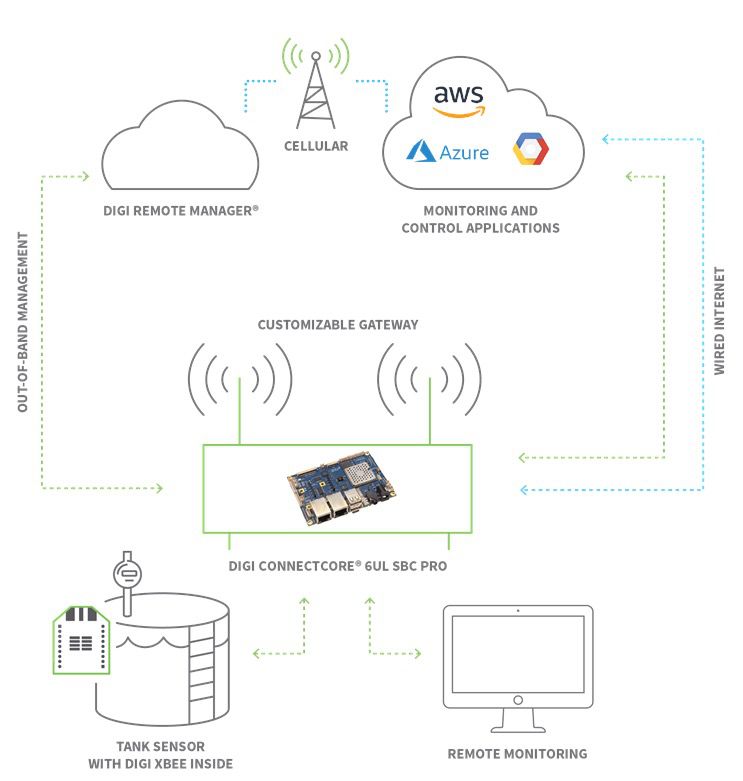 In many cases, devices used in IoT environments were manufactured without the capability to easily be connected to the Internet. These devices need to be modified so they can be connected to IoT networks.

Newer equipment that can be deployed as IoT remote control devices are designed with robust connectivity capabilities. Devices have at least one method of communication which can be a wired or wireless solution.

Less expensive and more functional devices are a factor in the growth of the IoT market. Power management can be an issue with devices using batteries and should be a consideration when designing a system and selecting components.

After being processed by the network server, the incredible amount of information collected from IoT endpoints is transferred to a cloud application where it is stored and used for analysis in SQL or NoSQL databases. Cloud apps interacting with IoT systems run on public cloud platforms like Azure or AWS. Currently, popular languages for creating cloud apps include Java, Python, and Node.js. 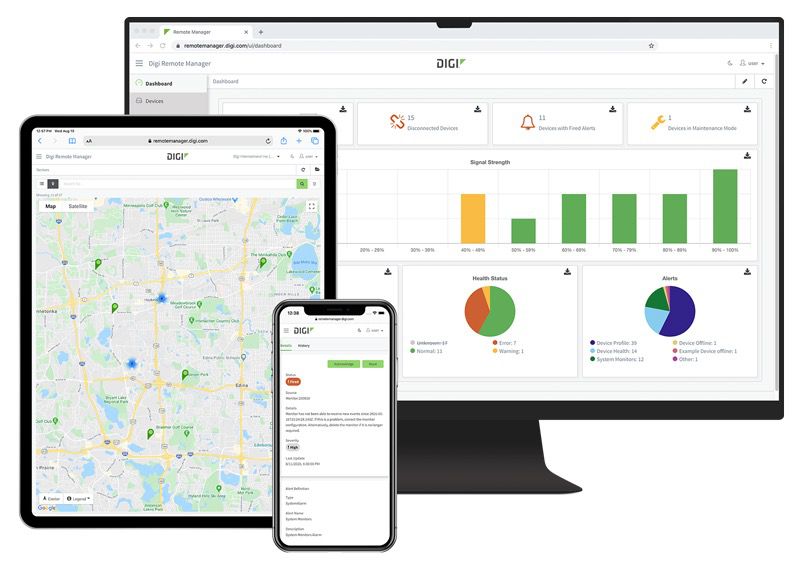 Large data centers are not a requirement for IoT environments. The quantity of computing power necessary is dependent on the number of remote devices and the desired level of system functionality. An IoT network is comprised of multiple integrated components that move data to its intended location within the accepted time constraints.

Cloud servers and applications are the final pieces of an IoT system and turn raw data into useful and actionable information. Examples include gathering readings to facilitate weather prediction and bringing power plants online when monitoring devices indicate they are needed to address capacity demands.

Two-way communication lets cloud servers process input that informs their control over systems like traffic lights which form the foundation of smart cities. Systems can be designed to automatically handle situations as diverse as controlling electrical usage or operating an assembly line.

In virtually all cases, human interaction is required at some point to maintain the system. Cloud servers need to provide an intuitive interface so people can interact with IoT systems.

Connect to USB over network with one click
Get started