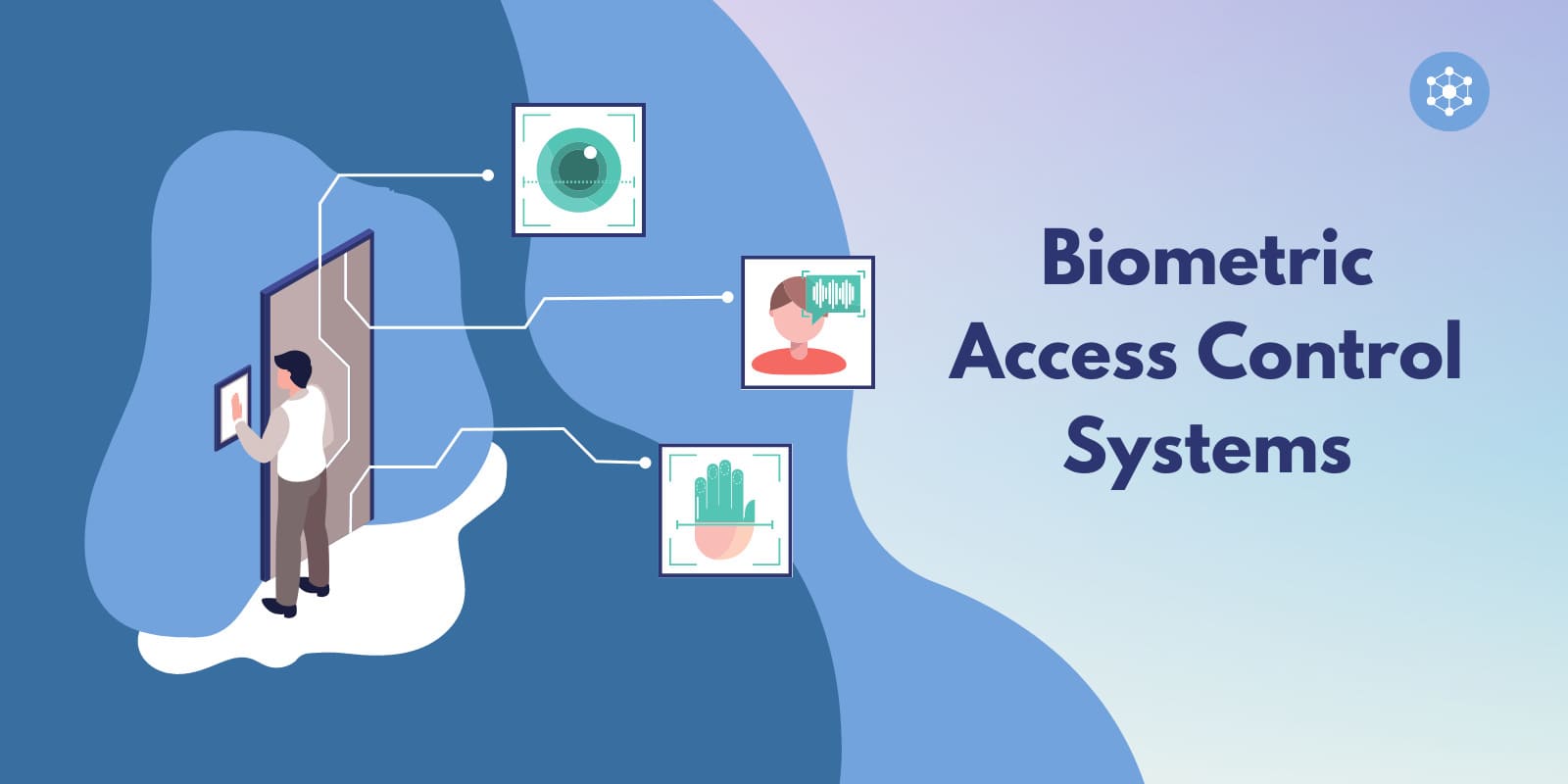 Businesses often use the best biometric access control system to provide high-level security to their facilities. This access system allows the company to control users' location and entrance time. The company can create an arrival/departure record for everybody in the system.

In the past, companies handed out physical keys, exposing their facilities to unauthorized users who could have stolen or duplicated keys. As security continues to be a rising issue in this century, many more businesses actively seek to protect their business.

A biometric access control system is useful for a variety of cases. An example is people protection in sensitive areas, like students at school or patrons of a hotel. When employees no longer work at a facility, rather than collect their access cards like a physical key, the company can deactivate their records without changing any locks or passcodes.

The Honeywell Handkey II biometric reader allows you to capture a 3D image of your hand and keeps a record of more than 85 measurements, including the width, surface area, thickness, and length of every individual finger.

The Handkey II biometric system offers good flexibility, making it easier to integrate it into an existing biometric system. It is also compatible with other access control systems you may already have in place.

Manufactured by Schlage Biometric Solutions, the machine stores the biometric template in a database that it uses to compare subsequent templates. This comparison allows it to determine when to provide access and who to authorize. It also provides a near-perfect reading regardless of weather and body condition. Whether your hands are dirty, clean, or injured, the device will grant you access to the premises if you’re captured within the system.

If you intend to use multiple units, you don’t need to scan personnel at every point. By linking all units with an ethernet or RS-485 system, you can use the unit’s built-in template, and quickly distribute hand-print records to other units. This distribution means you only need to enroll one reader, and you’ll be able to use others without recapturing data. The reader also provides support for 26-bit Wiegand and other data formats.

The Handkey II reader has a tamper switch that sounds an alarm when verification fails or the machine comes under duress. The reader is a reliable hand and fingerprint scanner that works with the company’s WIN-PAK interface. You can apply different emergency protocols to protect your space from break-ins, fire, and carbon monoxide. With all these security measures in place, intruders can not enter your building even if they have an employee’s ID or key fob.

Biometric Access Control System
If you want more information about remote control in biometric access systems, push the button below. FlexiHub can help to connect your biometric devices to one point and manage them remotely.
Learn more

The Bosch Access Control offers companies a scalable security solution for different use cases. With an operational experience of over 35 years, the company handles several software services and hardware products.

Bosch takes scalability to new levels because they provide customers with a wide range of options. It provides biometric hardware, readers, credentials, and access controllers compatible with other software solutions. Bosch’s scalable nature makes it ideal for companies interested in updating their security protocols on a regular basis.

The biometric company also provides flexible software (for example, the Access Professional Edition (APE)) that supports starter projects. With your regular hardware, you can switch to the Access Management System (AMS), which provides more tailored support for medium and large projects. As the company’s requirements expand, the Bosch biometric access control system easily allows you to transition to the BIS Access Engine (BIS-ACE) to manage and support the most complex projects.

This biometric control device does an excellent job when it comes to providing security and preventing unauthorized access to the company’s premises. Built on the latest encryption standards, the company provides application advice and worldwide technical support to its customer base. With Bosch, you can adequately prepare for extreme conditions, especially during emergencies when you need to unlock doors. 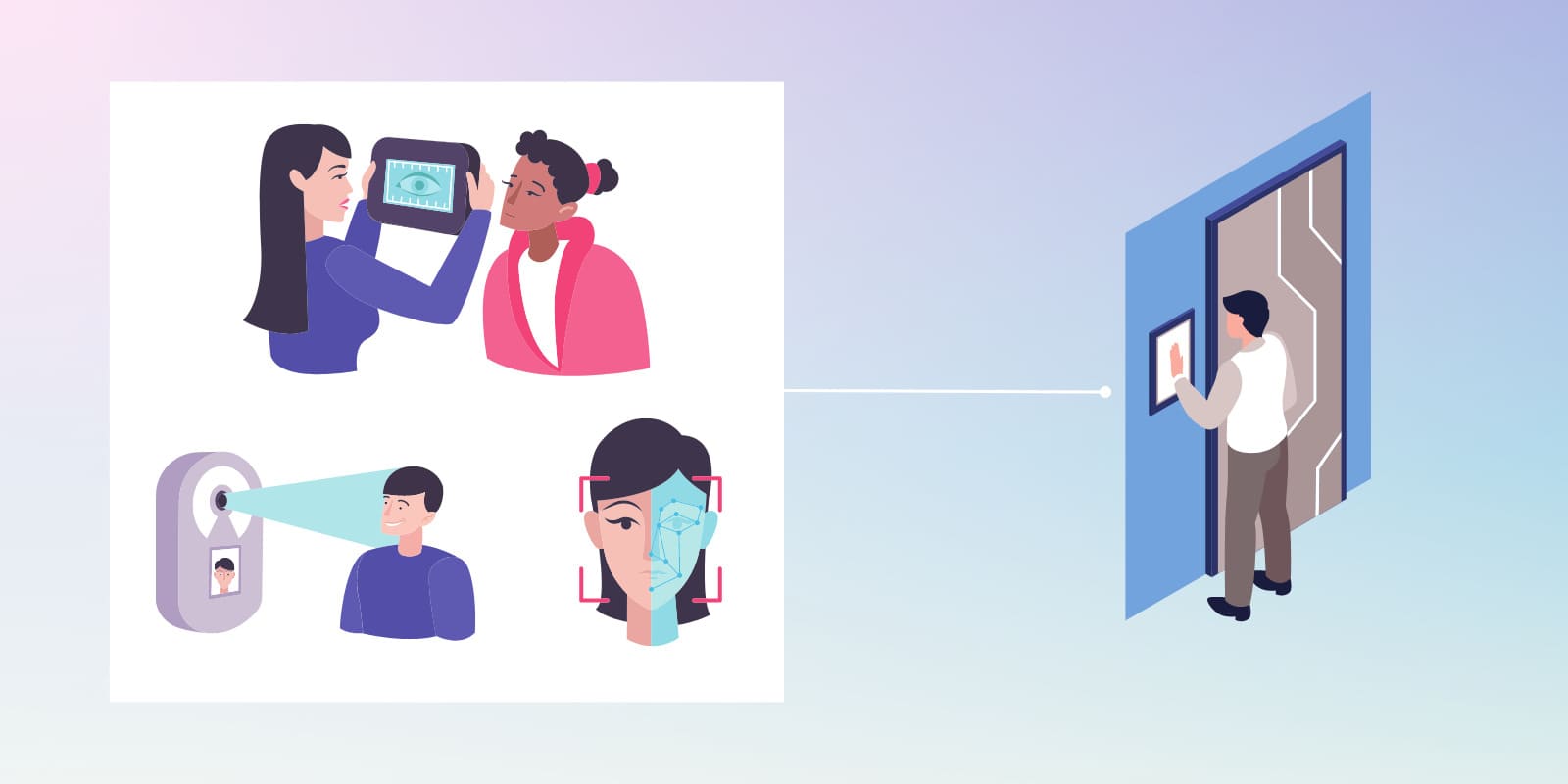 The Realand Biometric Fingerprint Attendance Machine and ID Card Reader is another powerful biometric control you can use. To enroll as an authorized user, this reader requires you to press your thumb on the scanner. Once it captures your fingerprint, it opens the door within eight seconds, logs in your attendance, and records the times you go out the door within the day.

This reader features a 2.8-inch LCD color display with a USB port that allows you quickly download data when needed. It is a very durable piece of equipment made of ABS plastic, one of the strongest materials in the market.

Embedded with an energy-saving fingerprint sensor, the scanner can hold up to 100,000 records. It is also compatible with major timekeeping softwares with an accuracy level of 0.0001% FAR. If you only need access control at the entrance, the Realand Biometric machine is a great option. It keeps intruders out and reduces administrative tasks related to timekeeping and employee attendance.

Everything you need already comes with the packaging; mounting bracket, screens, and expansion tubes. You don’t have to worry about spending over a budget as the device is relatively affordable.

The Stanley Eyelock nano NXT is a biometric control machine that uses up to 240 unique iris characteristics to create a unique code to identify employees. The device encrypts this code and stores it on the device or a server. When someone looks into the scanner, the algorithm checks if the person’s iris characteristics match any encrypted records before it opens the door.

While this technology isn’t completely foolproof, the company guarantees a minimal false acceptance rate of only one in every 1.5 million irises scanned wrong. You can equip the nano NXT with a two-factor authentication system by adding a third-party card reader.

This biometric control uses a bank-grade encryption system that you can easily integrate with other access control and attendance platforms. You can easily configure the nano NXT to work with your current application by using your personal browser and many programming languages. The software development kit is available on C# (.NET), C / C++, and Java.

Manufactured by Stanly, you can easily integrate the nano NXT with other Stanly products you use in your business. The biometric devices provide a quick authentication process, authenticating as many as 20 people per minute. It can also accurately identify people when they move past it rather than standing in front of the device when scanning.

With a UL-294 certification, the Stanley Eyelock Nano NXT device has been tested to ensure it’s reliable, secure, has standby power, possesses high material endurance, and can withstand attack or attempts to destroy it. The model also complies with international standards, including those of Canada, the US FCC, and the European Union.

The Stanley Eyelock Nano NXT is one of the top biometric access control devices that uses iris recognition rather than fingerprint patterns.

A simple biometric access control device like the Ardwolf A20 Security Biometric Fingerprint Door Lock will help you to get the security on diffrenet level.

This biometric control device gives you three options for unlocking your entrance. You can use fingerprint recognition, a physical key, or a passcode to gain access. The Ardwolf A20 can also store up to 100 different fingerprints.

In circumstances where you expect a lot of guests, the device allows you to turn on a passage mode that disables the locking mechanism and grants them free access. It can also help with administrative duties, keeping track of employee attendance. 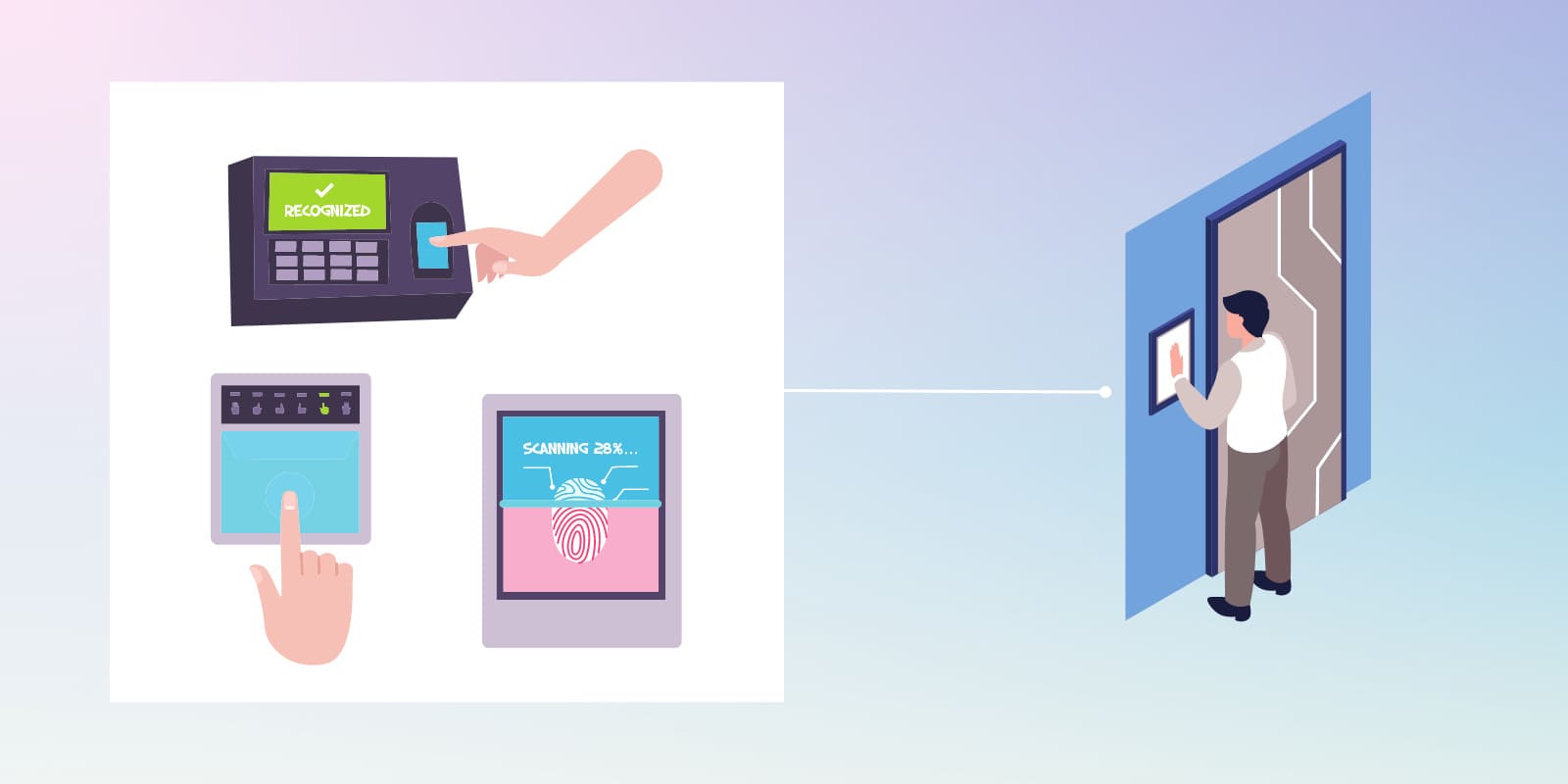 Envoy develops biometric access control systems unique to office environments. It is designed to save teams time and provides additional health protocols for individuals. For example, during the covid pandemic, the access device provided touchless sign-ins and would ask visitors screening questions like if they’d been sick within the last 14 days. Envoy can also request that guests fill in relevant forms before they can gain access to an area.

Envoy provides four tiers of service plans to help your business maintain its security protocols. From the basic free plan to more customized plans, you can build a biometric access control system that addresses the unique needs of your business.

Salto smart locks offer affordable cloud-based control systems for companies of any size or type. You can easily control these locks through a cloud service using the Salto app. The Salto app acts like a control interface, allowing you to manage the building’s lock with robust control. Employees do not need an access card or physical key to access the office space.

In the business of providing smart locks, Salto provides additional security support by integrating the control system into an existing app via Connect API. After the setup, you can provide granular access up to an individual level. Here are some additional reasons why the Salto biometric access control makes the top list:

Salto provides a biometric security service that you can scale based on your company’s unique needs. The company offers three tiers of security plans, including a custom plan that can provide branded biometric access control devices with your company’s logo and URL.