Electronic devices such as barcode scanners, surveillance cameras and various lab instruments typically use RS232 serial cable connection to interact with a computer. Most computers are equipped with at least one RS232 serial port, and getting a serial adapter for it is never a problem.

RS232 serial communication protocol has a reputation of being flexible and it is well established. With the large number of affordable hardware and software solutions that have been developed for it, RS232 protocol is here to stay, and will most probably remain the most popular interface for industrial electronic equipment for quite some time.

Serial port communication typically requires a hard-wired, point-to-point cable connection, and it is limited by the length of the cable, i.e. it can only run as far as your cable allows you to. If you want to connect multiple serial devices to one computer, you will need a separate cable and available RS232 serial port to communicate to each of them. Apart from cable clutter, it will be almost impossible to make a device to talk to more than one PC.

Luckily there are serial over network hardware and software that enables you access numerous serial device over any distance. Let us see how it works.

Windows, macOS, Linux, Android
4.8 Rank based on 78+ users
To share a serial port over Ethernet on Windows we suggest to use a dedicated software like FlexiHub.
Get started 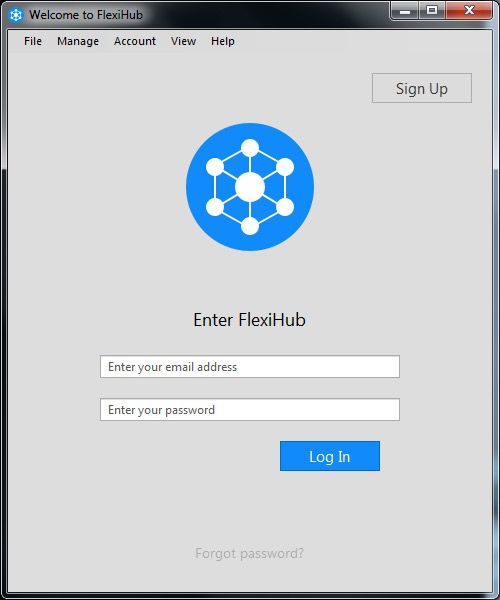 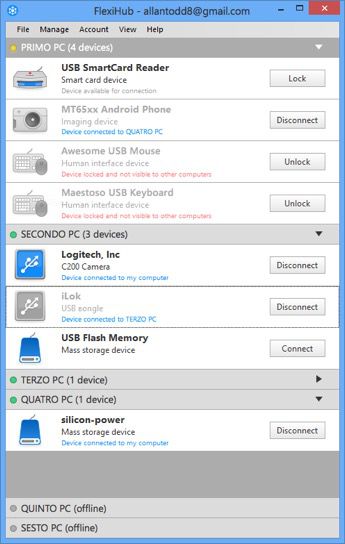 This will connect your serial device to another machine over network, and you will be able to access, browse and manage it as if it were connected to your computer. Free version of FlexiHub allows only to invite other users to access your local devices.

If you would like to share serial port devices over network on Linux, Serial to Ethernet Connector would be a worthy choice.

Serial to Ethernet Connector is a professional solution which allows you to share any number of serial ports over network, either physical or virtual. The workstation a shared device is plugged into serves as a server. Other computers connect to it as clients and gain access to the remote serial device.

Hardware for serial over network sharing

When it comes to serial over network hardware solutions we hear various terms such as Terminal Servers, Serial Servers, Device Servers and Console Servers. You might be wondering what the difference is, and which one you should choose.

First thing we need to tell you: there is no difference. These are just marketing terms given basically to the same thing, i.e. products whose functionality is really similar. Over years as market developed, several companies invented various terms to differentiate themselves from competitors. Let us try to figure it what exactly each one of them means. 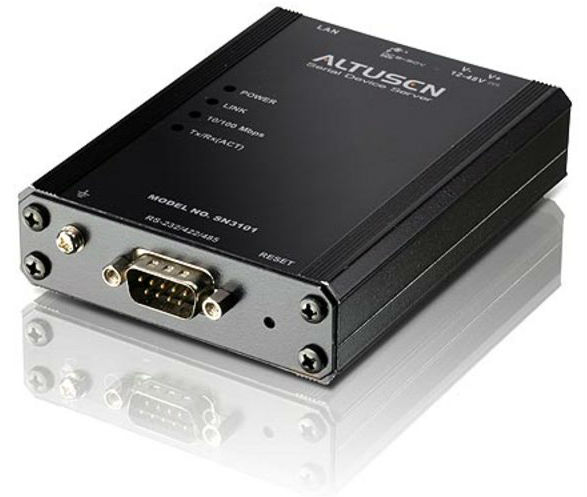 Console Servers are marketed as products that provide very secure remote access to Unix Servers, Linux Servers, Windows Servers and any device on the network with a console port. They are usually used to allow network operations center (NOC) employees to safely share serial ports over network and access remote data and IT assets from anywhere in the world. Equipment can be remotely controlled, monitored, diagnosed over LAN or Internet, it is said that all transmitted data is encrypted. 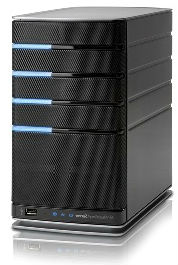 Terminal Servers (also known as Serial Servers) enable connecting devices with an RS232, RS422 or RS485 serial interface to network. These could be very simple devices that do not provide security such as data encryption or user authentication. They are to be used for accessing network server apps, where data safety is not of a primary concern.